Risk and the Dirty Secret of Automation 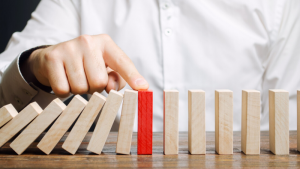 ​If you’re going to automate poorly, you’re better off not automating. That’s one conclusion to consider after reading Tony Rifilato’s recent story in Fund Intelligence on new research.

Tony and I had a chance to sit down earlier this year, and talked through where technology is headed in the private fund world. Applying that conversation to this data, here’s where we net out.

Sixty-five percent of private funds surveyed five years ago said they ran checks on how their middle and back office calculated how much their business was worth, or net asset value (NAV). Today 100 percent run those checks.

If automation means better quality and less risk, then that number should go down, not up. But obviously funds are getting less confident with their middle and back office partners, not more. One driver could be regulators increasingly looking over a fund’s shoulder.

But the research, carried out by Milestone Group, shows offshoring could be the culprit, with respondents saying they’ve noticed more errors that appear to correlate with offshoring of middle and back office work. Respondents see more errors, and more risk to their reputation, which they report is a bigger concern than regulators.

How does that tie into automation?

It’s an open secret that IT and automation upgrades are often paid for by first reducing headcount, or offshoring, or both. It doesn’t have to be that way, and there are exceptions, but often that has been the process.

But if the freed up capital goes to tactical technology solutions that don’t scale across a client base, or if projects end up getting cut by a budget cycle that jumps from fire to fire, then the money freed up ends up not being enough to see a return on the effort. This leads to more offshoring and layoffs done more quickly. If fewer, less experienced people are working on the same problems and automation is not filling the gap, service gets worse.

So again, the irony is that by embarking on an automation strategy, if you don’t execute well, you may end up worse off than if you had done no new automation. But the problem with that is that eventually your business will be pulled away by those who do it right. So not pursuing automation is not a solution either, it just delays the inevitable.

So how do you do automation right? Well, we have an explainer video for you. We invite you to take a look, and ask us about a demo. We’d be happy to show you how we’ve seen execution done right, the first time, fast.